In case you missed it, the OR10 Developers Challenge is now live! Andy McGregor has explained why he thinks you should enter the challenge and, I'm pleased to say, there have been some expressions of intent already. If you do decide to enter, please register your intention on the OR10 Crowdvine forum. A reminder of the challenge: Create a functioning repository user-interface, presenting a single metadata record which includes as many automatically created,useful links to related external content as possible. [continues...]

Please note that what follows is a draft. A few weeks ago I posted some thoughts about a Developer Challenge for OR10, with a plea for ideas for specific challenges. I'm pleased to say that this post got a really good response, with plenty of useful ideas and comments. Thank you to all who responded. I think it fair to say that all of the comments influenced our thinking, but the interest in linking content ( most fully expressed by Andy Powell) stood out from several comments, so we have concentrated on trying to create a challenge around the this. [continues...]

Ideas for the OR10 Developer Challenge? 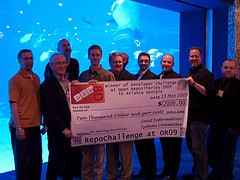 Update: I have closed comment on this post now. Thank you very much to all who commented and suggested ideas for a challenge. I have now posted a draft Challenge here and would welcome comments on that post. Thanks again! Through the JISC-funded DevCSI project, UKOLN has been asked to arrange a 'Developer Challenge' for the Fifth International Conference on Open Repositories, (OR10) to be held in Madrid in July of this year. [continues...]

An agile approach to the development of Dublin Core Application Profiles 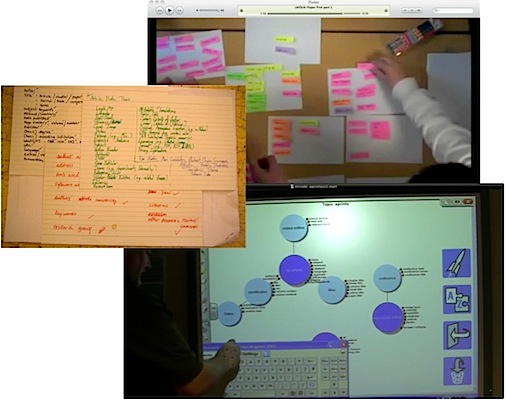 I have been asked to provide a position paper for next week's Future of Interoperability Standards meeting hosted by CETIS. This blog post is one I have been meaning to write for ages so I'm offering it as a position paper of sorts. UKOLN has been charged by JISC with the task of supporting the development of Dublin Core Application Profiles (DCAPs) in a number of areas. While I have not (so far) had much direct involvement in this work I have developed, over the last year or so, a real interest in the process of developing these. [continues...] 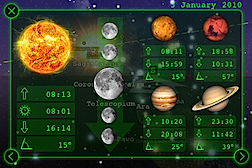 I took advantage of an offer to upgrade my iPhone 3G to the 3Gs model just before Christmas. I spent some time considering the alternatives, and speculating about what might become available during the next eighteen months of my new contract, but I've been more than happy with the 3G so my decision was quite an easy one. The 3Gs offered three main improvements over the 3G: a faster processor a better camera a 'compass' At first glance, these improvements seem quite modest. [continues...]

Last week I outlined an idea, that of the service anti-pattern, as part of a presentation I gave to the Resource Discovery Taskforce (organised by JISC in partnership with RLUK). The idea seemed to really catch the interest of and resonate with several of those members of the taskforce who were present at the meeting. My presentation was in a style which does not translate well to being viewed in a standalone context (e. [continues...]

There is still time to register for this year's International Digital Curation Conference in London, although you will need to be quick - I'm told that registration closes on the 25th November. This year's conference (the fifth), organised in partnership with the Coalition for Networked Information, has the theme Moving to Multi-Scale Science: Managing Complexity and Diversity. It promises to be an interesting event - see the full programme for more details. [continues...]

During an interesting session called the 'Great Global Graph' at the CETIS conference this week I formed the opinion that, in the recent rush of enthusiasm for 'linked data', three 'memes' were being conflated. These next three bullets outline my understanding of how these terms have been used in recent discussions, including the CETIS session: Open data: I see this as something expressed as a philosophy or, in more concrete terms, as a policy, such as that espoused by the UK Government. [continues...]

Not ready to wave goodbye to email

Last week I posted a remark on Twitter: Can't help thinking that the idea that Google Wave will replace email rather misses the point.... The first response to this echoed my view on this suggesting that the real nature of Wave is rather harder to explain or understand, and implying that people fall back on a frame of reference with which they are comfortable. It certainly looks as though Google have anticipated this and offered some easily digested marketing messages. [continues...] 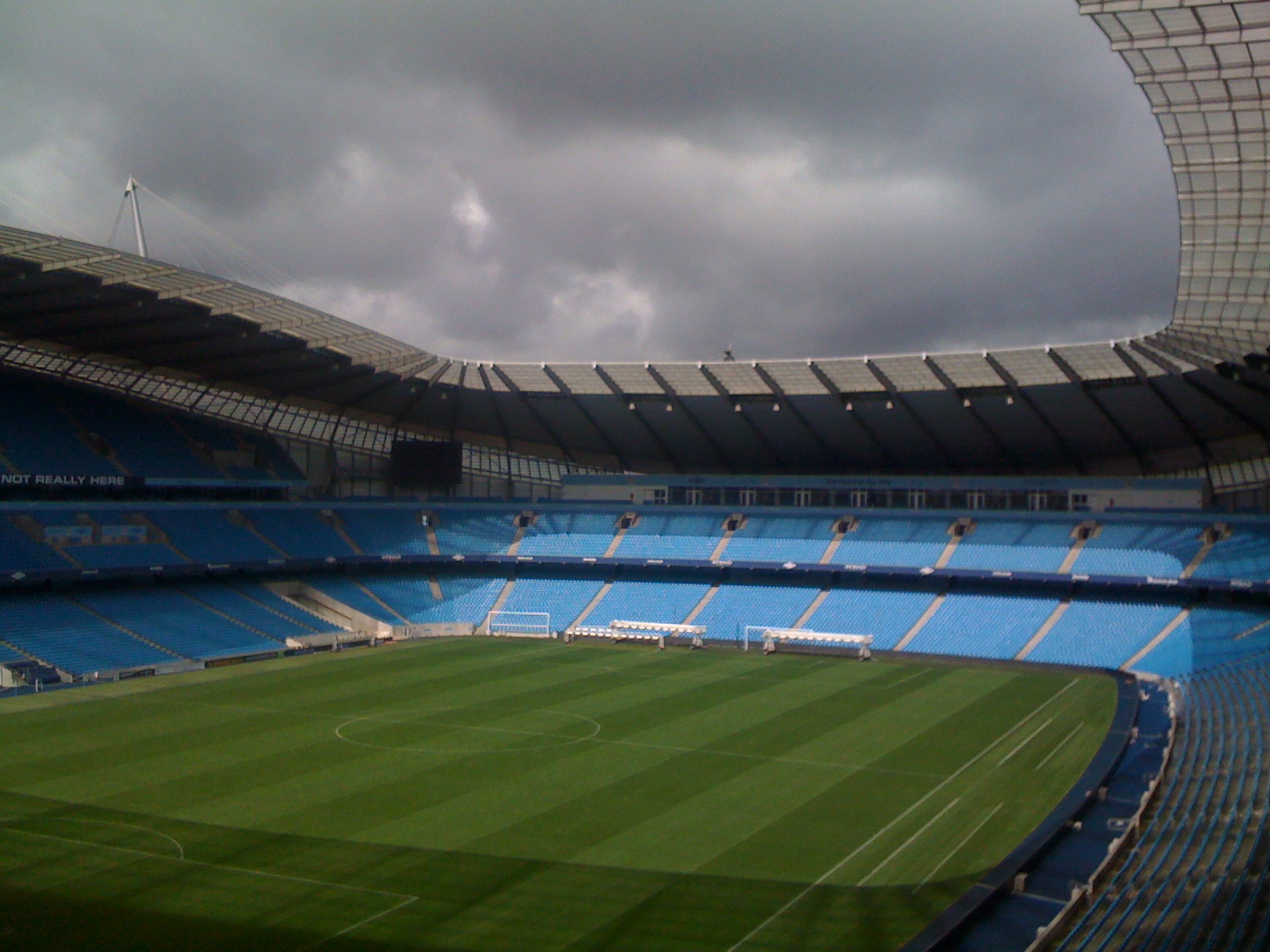 I have just spent an interesting and inspiring 24 hours at the JISC Rapid Innovation Programme meeting, which was organised by UKOLN (disclaimer: I work for UKOLN), and funded through the JISC-funded IE Demonstrator project. The venue chosen for the event was certainly an unusual one - the City of Manchester Stadium, home of Manchester City Football Club. I thought the venue worked very well for this event and would recommend it. [continues...]

Over the years I've found the ' Semantic Web' to be an interesting though, at times, faintly worrying concept. It has never much impacted on my work directly, despite my having been embroiled in Web development since, well pretty much, Web development began. Of late I've tried to follow the earnest discussions about how the Semantic Web went all wrong because it was hijacked by the AI enthusiasts, and how it is going to be alright now because a more pragmatic paradigm has gained the upper-hand, that of Linked Data. [continues...] 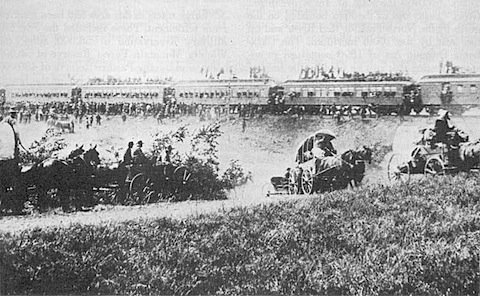 Facebook rolled out its ' usernames' function today. This is a new feature at Facebook which allows a user to claim their little bit of the Facebook namespace, along the lines of: http://www.facebook.com/[preferred_name]/ The process started at 05:00 am UK local time - on a Saturday morning - yet several people in my social and professional networks got up early to claim their personalised Facebook URL. Not all were successful despite this determination, and some ended up having to settle for some variation on their preferred username. [continues...] 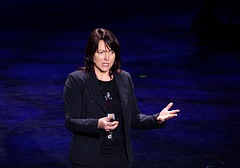 Some time ago, Suw Charman-Anderson introduced the idea of an Ada Lovelace Day, to celebrate the achievements of women in technology. As part of this effort, Suw also created a 'pledge' on MySociety's excellent and innovative PledgeBank service, which stated: I will publish a blog post on Tuesday 24th March about a woman in technology whom I admire but only if 1,000 other people will do the same. [continues...]

Anything you quote from Twitter is always out of context

Brian Kelly posted Twitter Can Pimp Up Your Stuff - But Should It? a while ago. This post has caused me to think about courtesy and good practice. The aspect I want to talk about is Brian's reporting of a conversation which took place on Twitter. I'm writing this to make a general point, not as a personal criticism of Brian who has well-established credentials as an experimenter with these technologies and who I know, from talking to him directly, is interested in these issues. [continues...]

Smoke and mirrors, or good intentions?

Update: Karen's presentation has now been made available. Yesterday, despite the best efforts of Worst Great Western, I travelled to the British Library in London to hear Karen Calhoun, Vice President WorldCat and Metadata Services at OCLC presenting on Working collectively – the way forward in an academic environment (not available online as far as I can tell). While Karen's presentation was interesting it was, inevitably, mainly a sales-pitch for WorldCat, OCLC's global-scale union catalogue of bibliographic records. [continues...]

There has been something of a furore over a recent change to Facebook's terms of service (ToS). The Consumerist reported this as Facebook's New Terms Of Service: "We Can Do Anything We Want With Your Content. Forever.". The change in question was the removal of a clause stating: You may remove your User Content from the Site at any time. If you choose to remove your User Content, the license granted above will automatically expire, however you acknowledge that the Company may retain archived copies of your User Content. [continues...]

Since I joined UKOLN two years ago, I have frequently claimed that we ( JISC, the sector, our community) don't do enough to support and listen to developers. Well, I'm just back from The Developers Happiness Days (dev8D) in London and I can certainly no longer say this. A solid week of developer happiness! A week of ideas generated, geeks networking with users, competitive and yet collaborative development, knowledge being exchanged. [continues...]

In his Science in the Open blog Cameron Neylon has written an interesting post, A Specialist OpenID Service to Provide Unique Researcher IDs? in which he asks: Good citation practice lies at the core of good science. The value of research data is not so much in the data itself but its context, its connection with other data and ideas. How then is it that we have no way of citing a person? [continues...]

I just read a really good post from Martin Weller on Ed Techie called Ownership ain't what it used to be. Talking about web-based music sharing services such as LastFM, and having just signed up to Spotify, Martin says: It brought back to me some considerations I'd had about the nature of ownership. My generation will have a distinctly different concept of ownership to that of my daughter's generation. For my generation you partly constructed your identity around what you owned - your bookshelf, record collection and DVD archive were important aspects of who you were (as anyone who has read Nick Hornby's High Fidelity will appreciate). [continues...]

Are you a developer of software? Could you be happier? If so, come along to the JISC Developer Happiness Days event! From the website: Over four intensive days we're bringing together the cream of the crop of educational software developers along with coders from other sectors, users, and technological tinkerers in an exciting new forum. Share your skills and knowledge with the coding community in a stimulating and fun environment and come away with new skills, fresh contacts – and you might even win a prize. [continues...]